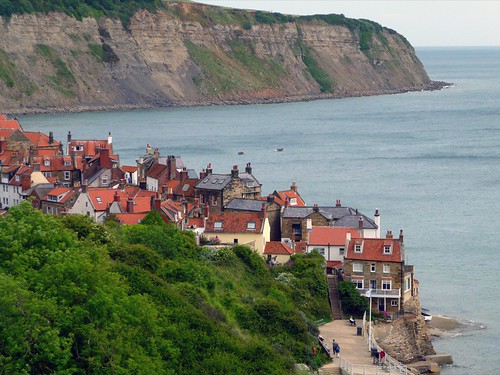 Thank you to everybody who sent really great feedback about the Brer Rabbit critical literacy project I really appreciate it. I’ve also heard that it was being talked about at the Decatur Book Festival after The Wren’s Nest (the birth place museum of Joel Chandler Harris in the USA) picked up on the project. All of this really helps raise the awareness of critical literacy with real-world texts.

As soon as the Brer Rabbit project was over I started to think about other big projects that I could build into our curriculum.  This blog post brings together some of my threads of thought for the new project.

I’ve been a huge fan of Studio Ghibli after using My Neighbour Totoro last year and seeing it completely change my class’s attitude towards literacy and learning. I’ve therefore followed the release of the new Studio Ghibli production Ponyo: On a Cliff by the Sea with great interest:

I had every intention of using the film in class but knew that an extended project with real world application would give the project greater depth and be much more beneficial to the children. I immediately began searching for a real-life Cliff by the Sea and by complete coincidence had a conversation with Kate Pahl about museum outreach work and a contact she has at Robin Hood’s Bay. Robin Hood’s Bay is a charming fishing village – on a cliff by the sea and is a perfect setting for inspiring the children and imagining new stories (just look at the picture at the top of this post). It’s perfect for a local study, so for the first time I am able to bring geography skills into one of our critical literacy projects. I also want to bring non-fiction digital literacy skills into the project too but I am currently developing the area further. It will all lead to the creation of a film both in virtual locations created by the children and in the real-world such as Robin Hood’s Bay.

I’ll post more about this project as the planning progresses… bon voyage!

First and foremost, a classroom teacher!

This is the online home of Martin Waller/ @MultiMartin/ @MisterWaller. I hope it becomes a space for reflection on the shifting nature of a world with constantly changing horizons and what it means for education.

The views expressed on this blog do not necessarily represent the organisations for which I work. Any comments belong to the person who posts them.